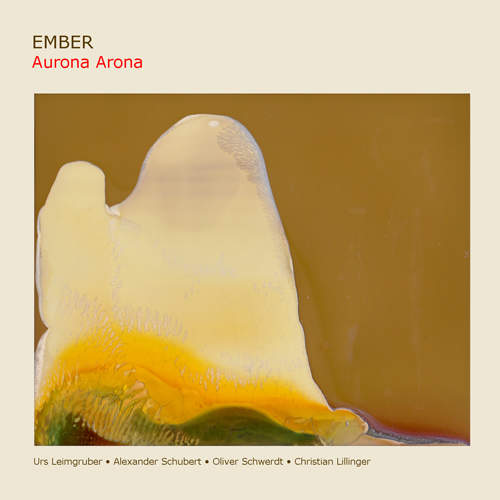 This German quartet’s second effort is mysteriously remote. The hard etching of strings on Etherlorbien proceed with a certain level of caution, while meandering with frantically organic improv percussion (nods to Christian Lillinger). But somehow when Oliver Schwerdt’s sweetly corrupted piano rises the goings-on seem just fine, bringing a hint of awkward mellow into a field of crazy lines. And it all ends abruptly with a big silence, leaving generous space for contemplation. Behind the seamlessly woven knobs/wires of Alexander Schubert, who pieced the record together, the twisted lips of Urs Leimgruber’s sax fluff the tight Begen Bginn Fllt forming a cacophony of out-there jazzy atonality. The four play in a uniquely universal voice, turning their instruments towards a rhythmic conversation. Quiet moments throughout emphasize an assimilation of human interaction, its power dynamics rising to the occasion in curious hot spots, and whispering with solace, reflection. This is where free jazz meets the street, out in the open, acting on playful impulses and a sense of co-joined individuality. The title cut may call upon impressions of futuristic lounge music played in a deconstructed casino of sorts, zip-locked with hints of humor and audacity. It tiptoes and clomps, rattles and beams you up at the same time. And once all plays out its a big bad ball of brazen bravado. Play loud!